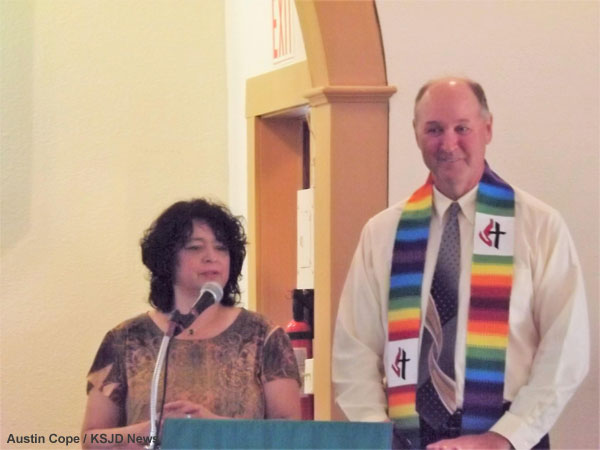 Few immigration cases in the United States are simple. That includes the case of Mexican immigrant Rosa Sabido, who is taking sanctuary at the Mancos United Methodist Church as she sorts out her immigration status. She can’t become a citizen because a large backlog in citizenship applications has made the wait to receive citizenship longer than the time she can legally remain in the U.S. After a long and complicated process of applying to various visas and work permits that allowed her to live and work in the U.S. legally for over 20 years, until she was arrested after an immigration court denied a request to review her case. She has since been allowed to stay in the U.S. after receiving six Stays of Removal, which have delayed her deportation by one year each. But in April, ICE denied her most recent stay of removal and instead issued an Order of Deportation, which brought her to the church to stay while she and her lawyer consider other options. When KSJD’s Austin Cope went to the church to talk with Sabido and the church’s pastor, Craig Paschal, they didn’t talk about Rosa’s immigration status– at least not at first.

Listen to the interview