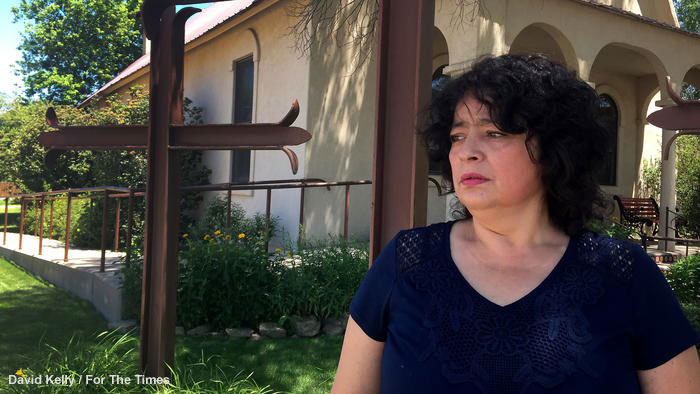 From a July 4, 2017, article that appeared in the Los Angeles Times:

A small piece of paper hangs above a bed in the pastor’s office at the Mancos United Methodist Church. It’s a sign-up sheet with the names of local residents committed to watching over Rosa Sabido, a Mexican national who has found sanctuary from deportation in the Colorado church. The residents sleep in the church office, while Sabido rests in a separate room normally used as a children’s nursery.

“We are here in case someone should show up at night or just to comfort her,” Joanie Trussel, a local resident whose name was on the list of volunteers, said recently. “We don’t want her to be alone.”

For the last 30 years, Sabido has lived in the U.S. on visitor visas or by receiving stays of deportation, but she was denied a stay in May and became eligible for immediate deportation.